Paying Attention to Our Nation 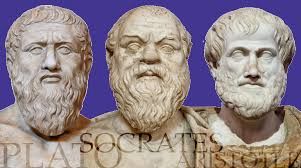 Here we discuss new and old ideas on governance, citizenship, the intersection of the public and private sectors and societal issues.  Sometimes we may stray from that list.

The New Story of Two Americas

There is a book titled, Tales of Two Americas, which are stories of wealth inequality. It is well-reviewed: a collection of short stories and poems. Its title of course, is metaphorical.

My idea is not. I mean an actual two Americas.

Toward the end of the last century, the distinction between the two parties had blurred. They seemed more just fund-raising entities, that as Congressman Dr. Ron Paul wrote, they just argued on the fringes, rather than debating the major issues. No debate on foreign policy or national debt, for example. It was all status quo, one way or the other.

There is no problem now seeing the distinction between the choices. There are near opposite positions on every issue, and it doesn’t look like this is a temporary wave that will dissipate. On capitalism, crime and punishment, taxation, regulation, immigration, role of government, arms control, free speech, government reach (see pandemic), freedom vs. control, Bill of Rights and the Constitution itself, views on business, abortion, national rule vs. federalism, wealth redistribution, welfare, healthcare delivery, rights for the “undocumented”, segmenting the population as policy, English as the national language, voter registration and voting, what it is to be a citizen, are among those that come immediately to mind.

It does not appear these opposing views will be reconciled, and the country is about equally divided between the two camps. Half the country is going to be unhappy for the foreseeable future and become increasingly angry.  Neither side understands how the other can reasonably hold their positions. Either a revolution against government or an outright civil war is not so far-fetched. The anger and hate from the losing side are just going to increase, of course.

Here is a proposal to reduce all that angst and anger and make (almost) everyone happy, unlike typical compromises where you know it is a good compromise when no one is happy: we actually do split the United States into two countries, sans civil war. Peacefully, with near universal acceptance.

For now, we will call them Red and Blue. Each side will assemble a team of leaders to draft their position in an organized way addressing directly and concisely each of around 20 issues like those listed above, and then add commentary to further explain their goals and philosophy and how their government will work.

Each could maintain a representative republic with three branches of government and the same Constitution and Bill of Rights, term limits or no, rights of the citizenry, powers of the government, or propose something entirely new. They could retain a federation of states where states can make different policy choices or have uniformity in the mandates of a central government. They can have the government plan and manage the economy or have capitalism. To get things rolling, Blue could have Biden in charge (under whatever title), and Red would have Trump. That seems to satisfy most people, whatever you think of either person.

Each state will have a referendum to determine whether it is going to be Red or Blue. Then in a reasonable period, perhaps a year, Red and Blue each independently schedule their election process and install their new government. This does not preclude either Red or Blue from having multiple parties: it’s up to them. But residents in the state are subject to the laws of that state’s government: Red or Blue.  There could be tax allowances to move from the state who chose the country not preferred.

There are obvious choices for many states, but it will be tough choices for the purple or battleground states. New York, New Jersey and California will obviously be Blue. DC is entirely Blue, and they are welcome to be Blue and keep the current capital and its bureaucracy that they embrace. When Red decides its programs, it can hire the bureaucrats there that want to come over to the Red side.

To eliminate a roadblock, each country would inherit 50% of the current USA’s national debt. After that, it is their separate responsibility for how they run their economies. Similarly, we might divide the military equally, unless one country wants to decline that share and the other accepts a greater share, and there would in any case be an alliance and mutual defense pact to last in perpetuity. Effectively, the military we have would defend both countries.

We of course would still have open borders between states, free travel, free commerce, and we would initially still be united on existing treaties and honor existing dependencies (grandfather in) on government programs. Changes would be subject to their respective referendums and newly created Constitutions, or its equivalent.

Part of each nation’s platform would be how to handle social programs going forward for those not yet enrolled. It seems likely there would be two different currencies, given the likely different direction for policy, economy and spending.

For example, Red might propose young people opt out of Social Security benefits while still contributing, but can have unlimited Roth 401k contributions, that government employees do not receive hefty pensions or belong to unions protecting their employment regardless of performance. Blue would be free to expand social programs, set tax rates as they like, install the regulations on business they find wise, blur the distinction through law and enforcement between citizens and residents.

Obviously, there would need to be a lot more detail on the process and timing. But it is worth considering: almost everyone would get what they want from government and social system and making changes to the decisions would be swift with presumably a somewhat united ideology in each country, instead of reflexive opposition.